After having the NorthSec 2021 badge for a while, I had found eight flags. I knew from extracting the firmware that for the 10th flag I would need to flip a bit in the firmware and push it to the badge so I kept that one for last.

But I had absolutely no idea who to get flag 6 (Badge 9 in Discord). I was following the #badge channel in Discord. So I knew that while a lot of people were struggling with this one, others did it first.

I looked around for a while, bit I couldn’t find any clue or make any progress. I had dumped the firmware and extracted the elf program that runs on it. But I could not find any clues in the code.

After a few days of banging my heads on this and dreaming about it, I got a clue from vicious. 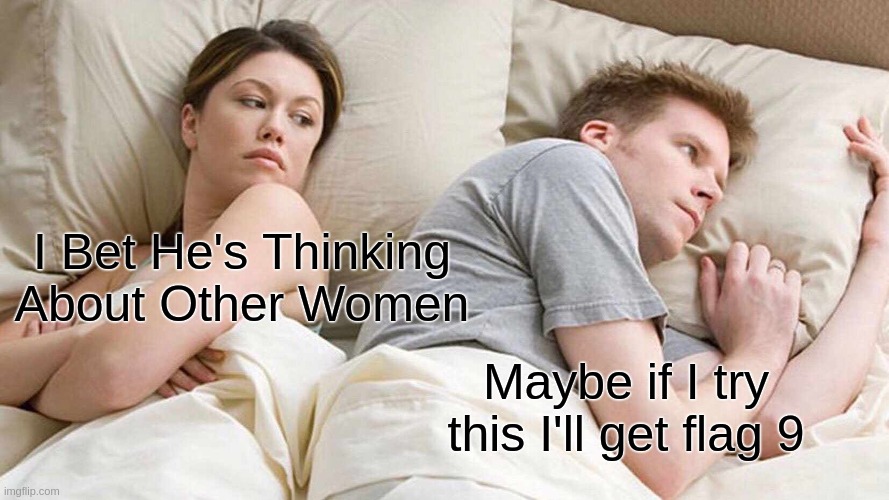 The first clue vicious gave me was to check the microcontroller features, check the capability that had the biggest attack surface and work on it. So I opened the ESP32 specs and started reading.

The first thing that hit me was that the chip had a radio transmitter. That made me laugh. I imagined my neighbors trying to figure out why something was spelling ‘F-L-A-G-…’ on a random radio frequency.

But I ruled this out quickly since vicious had said many time that we didn’t need anything else that a laptop to get the flags. And Padraignix and told me I had already used the feature I needed. I also ruled out the JTAG for the same reasons.

That left me with Wi-Fi. I knew the badge could act as a Wi-Fi access point, so I scanned for AP around me for anything that could be the badge. I found nothing.

The next thing I tried was to scan the badge for opened ports. I scanned the entire port range in TCP and UDP. I also scanned for new IP appearing on my network, in case the badge opened a second connection. Again, nothing.

Then I tough that maybe the port would only be opened if I was at a specific location on the map. So I started going to anywhere I could think of and repeat my scans from there.

I also redid all of the same tests, with the glitch active to see if it changed anything. All the time running TCP, UDP and a IP scan. I wasted a lot of time on this. The UDP scan can take a while.

After a few more days of looking around, vicious gave me another hint:

This one made the solution pretty clear. I needed to listen to all the traffic on my network and check what call the badge was making. I had tried that only once, so this is not something I could do quickly. But I had a vague idea. I searched for how to do it, and found a blog post that explained it well.

I setup my network interface in monitor mode, launched Wireshark, and connected the badge. 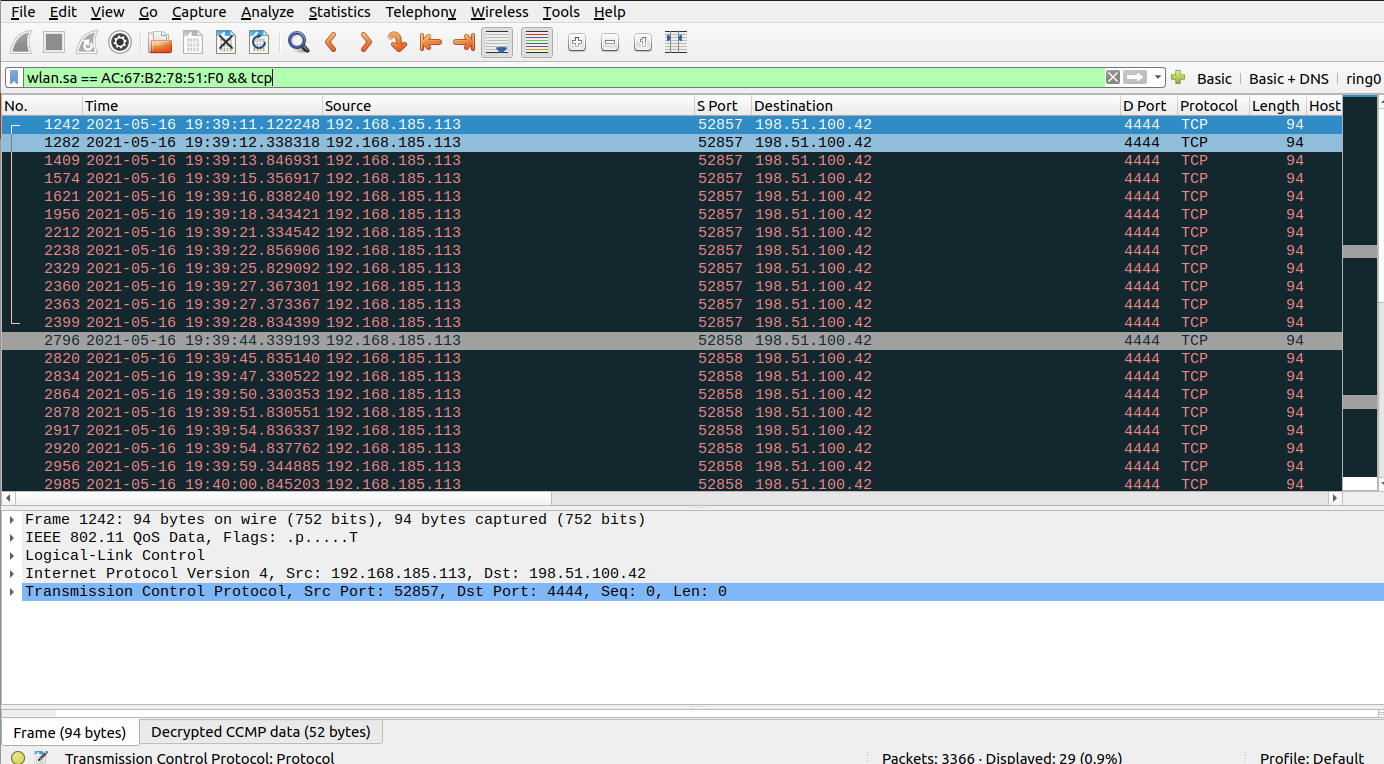 That IP belongs to a range of IPs that are reserved for documentation and examples.

I needed to send all the traffic for this IP to my laptop so I could intercept what the badge would send once the connection was established.

I didn’t want to change my home Wi-Fi because my family is using it. Luckily I had an old router that I could use. I connected the router and configured it to use the correct subnet. Then I connected my laptop to it, assigning the laptop the static address 198.51.100.42.

I launched a netcat listener on my machine, then joined the new Wi-Fi with the badge. A few second later I got a connection.

Other Posts In The NorthSec 2021 Badge Series