The 2021 edition of NorthSec was held remotely in May. They decided to create a badge anyway. It was possible to buy it in their online shop for $60.

I bought one. It was absolutely beautiful. I cannot imagine the time they put on it to build it, and to write the software and challenges that were in the badge.

They made it clear that the badge would not give us any advantages in their CTF (Capture The Flag) competition. But it contains ten flags that we could discover and submit to a bot on Discord. For fun and to get a few fun roles on their Discord server. 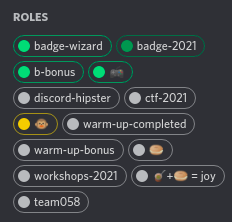 I need to thank Padraignix and vicious. I would never have completed the badge without their help.

When I started the badge by connecting it to a computer through it’s USB port, I was first greeted by a warning message to make sure we are aware that it does not give points in the CTF.

I clicked the Enter button twice and it took me inside of a little RPG game.

Right away, I saw the 10 flags on the bottom of the screen. It looks that this will be my objective and my obsession for a little while.

The first flag was easy, the chest was visible when I first opened the game. I just walk to it and hit enter.

The chest also has a QR code that take you to a page on the NorthSec site with information about the badge and how to submit the flags.

I took that flag and submitted it to FLAGBOT. 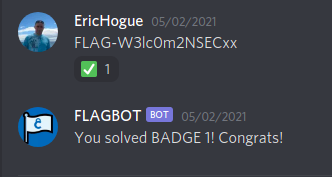 I started walking around the map and talking to all the characters. Some of the dialog are pretty funny. If you have a badge, make you sure you talk to everyone, and read everything they have to say. It’s worth it.

When I got to the top left corner of the map. I saw a chess that I couldn’t reach.

I looked around, trying to see a way in. But I didn’t find any. Then I tried the Konami Code. I’ve been trying it all over the map with no success. But here, it did something.

There was now an hole opened in a building. I walked in it, and I could finally reached the chest and get the next flag. 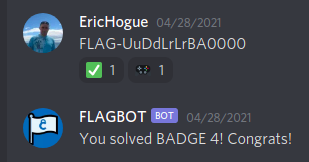 I got this flag by walking around and talking to everyone I saw. There is a Punk_ character that only asked me ‘Are you really CYBER!? PROVE IT’.

I missed it at first, because the text was not too long to fit the screen. But if I scrolled down on the Punk_ text, the flag was displayed. 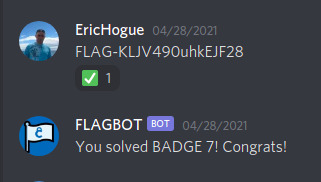 This one was weird. I was exploring the map, and eventually I saw that I had the 4th flag. But I never saw it. And I had no idea when it appeared. I kept walking around the map, and not seeing it anywhere.

I left it aside for a while and worked on other flags. For the Reverse Engineering flags, I had to connect to the badge CLI to configure the Wi-Fi. I kept it opened after that, not paying too much attention to it.

At one point, I realized that the screen had been erased. I first tough it was a fluke. But it turned out that every time I spoke to the duck, the screen go cleared.

I tried to extract what was sent to the CLI before it got cleared, but I couldn’t get it.

I was using screen to connect to the badge using this command sudo screen /dev/ttyUSB0 115200. But I could not get the output of talking to the duck.

Padraignix told me he had more success using Minicom, so I tried it. Minicom has an option to copy the output to a file. I tried it. I saw a lot ot quick and quack sent to the CLI, but the data always seemed to be corrupted.

Then I tried simply redirecting the output to a file, like with any Linux command and got a lot more success.

I ran sudo minicom -D /dev/ttyUSB0 > quack.txt and talked to the duck. The output looked a lot better. It still contained some special characters, probably the commands to clear the terminal.

I removed the garbage and was left with this string.

I might be a little weird, or very old, but when I saw it, I immediately tough that this was Morse code.

I took the string to CyberChef, and built a small recipe. 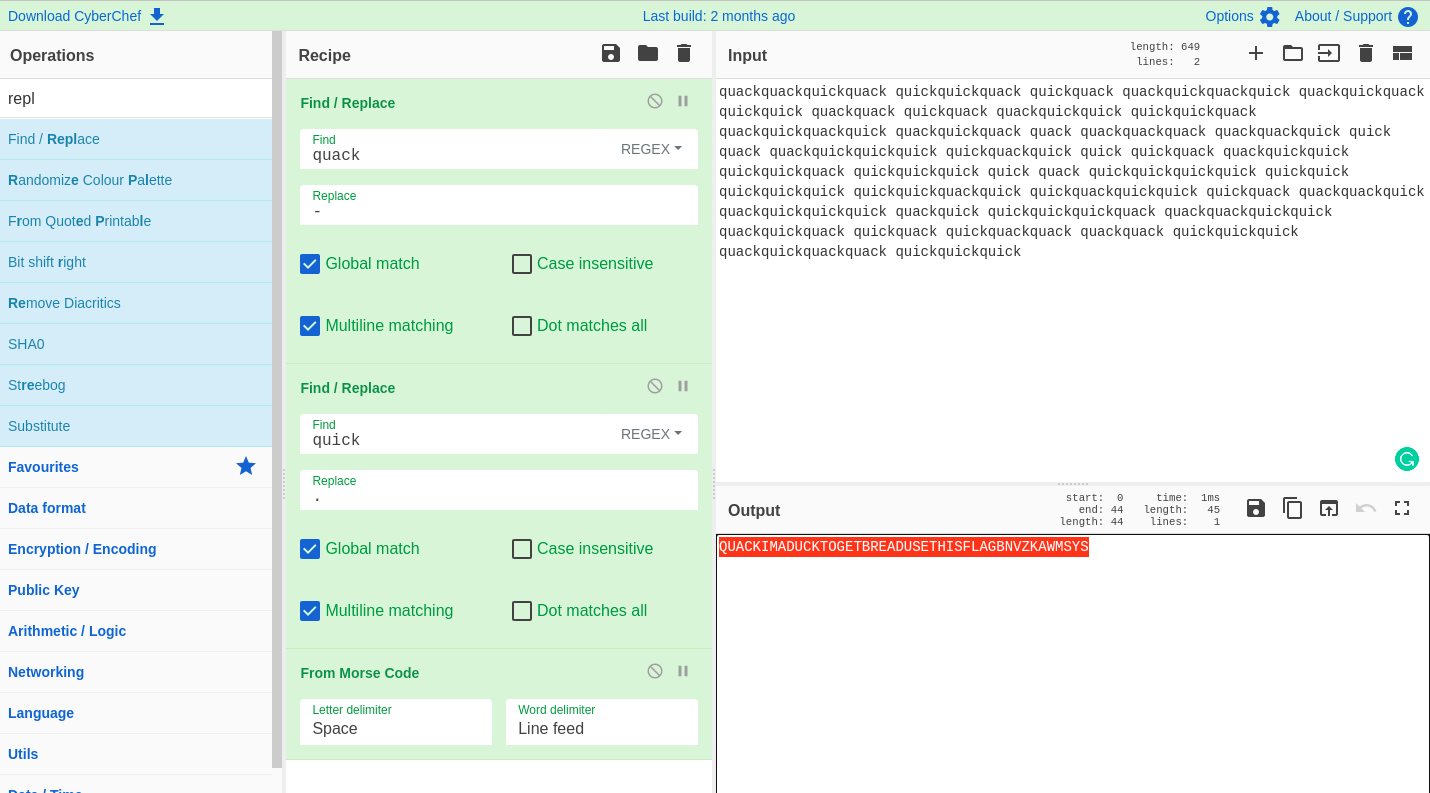 It returned this string: QUACKIMADUCKTOGETBREADUSETHISFLAGBNVZKAWMSYS

This flag is not located on the map. I had seen hints that there is a CLI that could be used by connecting to the serial port. I had never played with something similar, so I had no idea how to connect to it. I was afraid I need to use the strange black port near the tail of the horse.

Turned out that’s called a Shitty Add-On port and it was not needed.

After doing to research, I only need to use screen to connect to it. 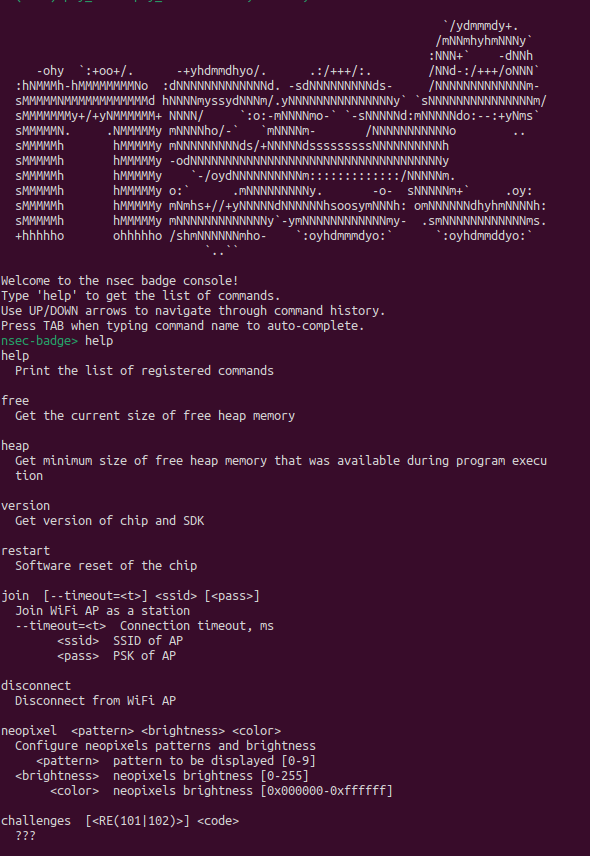 At the end of the Help, there are 3 question marks. It looks like there might be an additional command that is not documented.

The last message when I reboot the badge says that you can hit TAB to get commands auto-completion. So I started going down the alphabet. I typed a letter that hit TAB to see if it will auto-complete to the hidden command. I had to go until ‘t’ to find it. 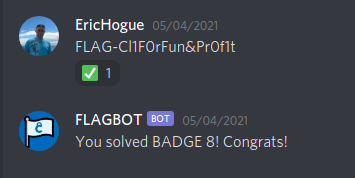 Other Posts In The NorthSec 2021 Badge Series