Late static binding is one of the new features of PHP 5.3. It came out almost 2 years ago, but it to me that many programmers around me have no idea about it. Myself, I have learned about it around 6 months ago.

The PHP documentation defines late static binding as a way to “reference the called class in a context of static inheritance.” This definition didn’t really help me the first time I read it. Fortunately, there are more explanations in the documentation, and there are good examples. If you haven’t, you should read it.

How Does It Work

To use late static binding, you need a class that inherits from another one and some static methods that are overridden. Take the following code:

The method normallCall() represent the traditional way of using static functions. The self keyword will call the function in the current class. So no matter if I call it with ParentClass::normalCall() or ChildClass::normalCall(), the calledMethod() of the ParentClass will be called and “Called in Parent” will be printed.

When Should I Use It

I am really not sure. Personally, I try to avoid static methods. They are often better ways to do it. However, if you have a class hierarchy with static methods and you need to override how they act for some child classes, it can be a solution.

If you used in production code, or know a good reason to use it, I would really appreciate if you leave a comment with it. 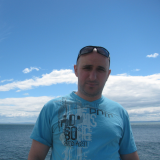